How to choose a gaming monitor

If you're unsure how to choose between different gaming monitors in 2020, this guide should help you out 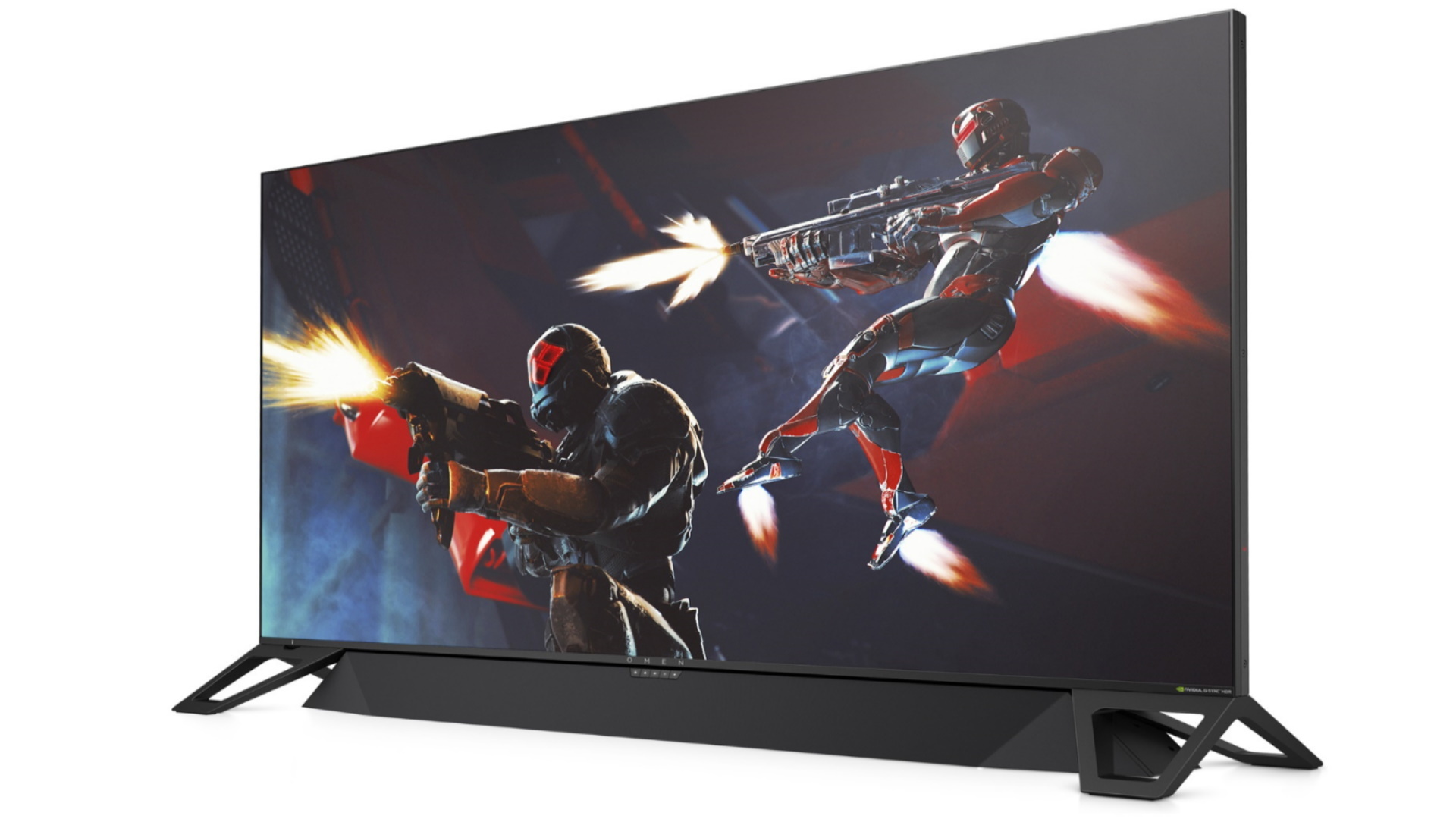 This article is sponsored by HP Omen.

You can spend hours on end choosing a pre-built gaming PC (or deciding between components to build your own rig) and setting up a masterpiece of gaming prowess that can demolish games on any graphical preset, but if you haven’t got a monitor that displays your games in their best light, you’re doing your hardware a disservice.

Of course, this doesn’t mean you need to go out and drop thousands on the latest, greatest, cinema-style PC monitor like the Omen X Emperium, but it does mean you should think carefully about what you need from a screen to match your build. Having a $600 gaming PC paired with a $4,000 monitor would be silly, but so would having a $3,000 rig paired with a monitor under $300 like the HP Omen 25.

What you need is a monitor that matches your current build - one that isn’t disproportionately expensive or inexpensive compared to the rest of your build. You also need one that’s tailored to the sorts of games you want to play and the gaming experiences you want to have. Do you want a really big screen for full home theatre immersion? Do you need crystal-clear IPS panel visuals? Or would you perhaps prefer a higher refresh rate for Esports gaming?

These are the questions we’ll help you answer, and we’ll look through some monitors to compare them so you know what sorts of things to look out for when deciding on a PC monitor. Before this, though, if you’re wondering what ‘response time’, ‘refresh rate’ ‘IPS panel’, and many more such terms actually mean, we’ll help explain all this, too.

WHAT DO ALL THOSE NUMBERS MEAN?

A monitor’s refresh rate essentially refers to how many frames get displayed to the screen each second. A 60Hz monitor can display a maximum of 60 frames per second, meaning even if you achieve 100fps in-game, only 60 of those frames will actually pop up on the screen each second. Common refresh rates are 60Hz, 75Hz, 120Hz, 144Hz, and 240Hz, although higher refresh rates than even 240Hz are now becoming more common. There’s no point getting a 240Hz monitor if you’re only hitting 60fps in-game, so make sure you match your refresh rate to your rig.

Response time refers to how long it takes for one pixel to change from one colour to another. It does not refer to any delay between in-game input (by moving your mouse or pressing a key) and the corresponding action occurring on-screen, as is commonly assumed. Lower response times are better, as higher response times can lead to ghosting, where the previous image/frame is displayed like a ‘ghost’ behind the new one, sometimes creating the appearance of motion blur.

A monitor’s viewing angle is measured in degrees and refers to the maximum angular distance from being face-on with the screen that you can still see the monitor’s picture without a change in colour or brightness. If a monitor’s viewing angle is 90 degrees, this means you can be 90 degrees removed from face-on to the screen before the image starts to look a little different from how it looks when face-on, as intended.

Brightness, or luminosity, is measured in Candelas per square metre (cd/m²) and refers simply to how bright the monitor can get overall.

HOW TO CHOOSE A GAMING MONITOR

Understanding what these different things mean and how they’re related is important for deciding what sort of gaming monitor you want. We can give you a couple of general guidelines to start with, though.

First, you probably shouldn’t buy a monitor that’s too expensive for your build. There are no hard and fast rules, but if you own a $750 gaming rig, you could probably improve your gaming experience much more by spending $1,000 on component upgrades than by buying a $1,000 IPS monitor.

Second, decide exactly what it is that you want out of your monitor, based on what sorts of games you play and what you value in your gaming experience. If you play lots of Esports games, it might be better to sacrifice a little colour accuracy and contrast to go for a high refresh rate, low response time TN monitor, but if you prefer sitting back playing the latest triple-A games you might want to go for a gigantic IPS monitor with little care for refresh rates and response times.

Finally, be realistic with your budget. Unless you have a giant rainy day fund you’re willing to sacrifice on a monitor, you’re probably not going to be able to have it all. If you only want to spend $300 on a monitor, you’ll likely have to make a choice between stunning picture quality and high refresh rates, among other things.

Depending on your situation, it might be very easy to decide between the three. If you’re only willing to spend less than $300 on a monitor, you have one option: the Omen 25. Similarly, if you’re looking for the best of the best regardless of the cost, you have the Omen X Emperium.

But it might not be that easy to decide. Perhaps you’re willing to spend up to $500, but don’t know whether the Omen 27i is worth the price over the Omen 25, or maybe you really want the Omen X Emperium but don’t know whether it’s overpriced in comparison to the other two options. This is where looking at the monitor’s specs, and comparing them to what it is you look for in your gaming experience, comes in.

Let’s say you have a fairly high-end rig but mainly play Esports games. You want something that’ll look good, but mainly not hold you back when it comes to twitch reactions and visibility. For this, the Omen X Emperium is clearly overkill and its response times are a little high for Esports gaming, so the choice is between the first two options. Both have high refresh rates at 144Hz and 165Hz, so that’s no issue. Both also have 1ms rated response times, so ghosting shouldn’t be an issue, either. They also share the same contrast ratios, and the first is only a little brighter. The decision in this case is likely to fall on whether your hardware can handle 1440p at high frame rates. If it can, and if you’ll be able to play your Esports games on the settings you want at 100+ fps to make the most of the high refresh rate, the second will be a better option. If it can’t, or if you’re not too fussed about 1440p, the first is clearly a better option for the price.

Let’s change it up a bit. Let’s say, instead, you don’t play too many multiplayer competitive games, but enjoy sitting back playing a great singleplayer campaign. Here, the Omen 27i is a much better choice (providing you’ve got hardware that can handle 1440p). You can enjoy sitting back a lot more with a bigger, 27-inch screen at 1440p resolution. And while the contrast ratios are the same on the Omen 27i and 25, we can hazard an educated guess that the colours will look a bit better and more accurate on the IPS panel. And while it doesn’t specify the 27i’s viewing angles, these will likely be a little wider than the TN panel, too, which is more important if you’re sitting back from the screen and moving around where angle differentials become more pronounced.

The third scenario is the easiest one, and doesn’t require much discussion. If you want a full home theatre experience: massive screen, 4K resolution, high refresh rate, vibrant and accurate colours over a wide gamut, built-in Nvidia Shield for content streaming, and almost 180-degree viewing angles, the Omen X Emperium is the one to go for - if you have the money for it. That’s pretty much it. The only real downside to the monitor is its 14ms response time, but if you’re after a home entertainment mammoth you likely aren’t too fussed about something that’s important primarily for high-level Esports gaming anyway. 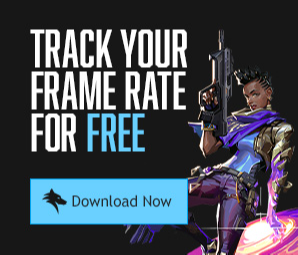